The Best Donor Follow-up Experience Ever 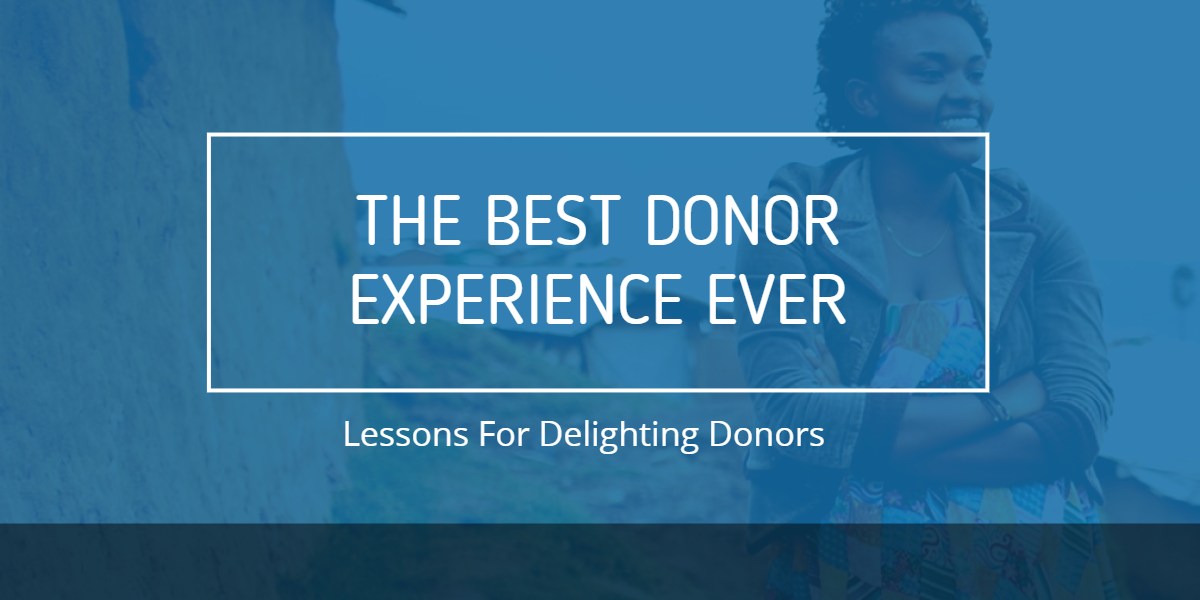 How many times have you given to a charity or non-profit and never heard how your donation made a difference? Sadly, non-profits have gotten a bad rap when it comes to donor followup and connecting donor’s to the impact their donation has made.One of our organizations, These Numbers Have Faces, is showing the world how to kick butt at donor followup.For a few years, Webconnex has decided to back a portion of our profits to causes and organizations that use our software. One of those recipients was These Numbers Have Faces. They do outstanding work in bringing education, entrepreneurship and opportunity to townships in Africa.As a company, we decided to sponsor a student for his tuition for the 4 years of college education. We were thrilled at the opportunity to connect with one of their scholars. We expected not to hear from These Numbers Have Faces until the next time they needed to raise money. That’s not a slam against them, it’s just usually the norm.Boy were we wrong. To this day, no organization has matched the level of donor followup, creative communication and overall donation satisfaction like These Numbers Have Faces. Here are some standout things they have done.

They Sent Us A Video From Africa

One morning as I was combing through my inbox, I find an email containing a link. I open it up and what is it? It’s a thank you video from the student in Africa, personally thanking us! It’s one thing to give towards a student or cause, it’s another thing to get a thank you video from the person. We included the video below.[embed]https://webconnex.wistia.com/medias/2a9qwk65by[/embed]We were pretty astounded to see the actual student (Lenny) we had contributed to holding a certificate with our company name on it and a personalized thank you from him.

They Personalized Their Reports and Progress

Whenever we would hear from them, it was never a mass email or generic form of communication. It was personal. It was handwritten or personally addressed to us by someone within the organization. When we got postcards from them, they would contain personalized notes and actual pictures of the students we gave to and the region being impacted. All the communication was heartfelt and appreciative. Our donation wasn’t a million dollars, but by the way they treated us and followed up with us, you would have thought it was![caption id="attachment_2910" align="aligncenter" width="800"]

Some of the cards and followup pieces These Numbers sends.[/caption]

One of their staff made it their mission to get us on the phone and thank us personally. We can be hard to pin down occasionally. So when we missed their call the first time, we got a voicemail. But we got a followup call and another, and another. It wasn’t just the, “Thank you for your gift” kind of phone call. This person had to get us on the phone and express her personal appreciation for the donation. She got to tell us how much it meant to her that we would decide to give.[caption id="attachment_2911" align="aligncenter" width="800"]

Taylor from These Numbers. She calls every donor. Incredible![/caption]

They Care About Us More Than Our Ability To Give

These Numbers Have Faces went beyond adding us to their donor list. They made us partners in what they were doing. Routinely, we would hear from the Founder Justin Zoradi about what they were doing, thinking and pioneering or whenever they got press. When we gave to These Numbers, it wasn’t like it was a donation that then vanished. We became partners in their mission. Or at least they made us feel like it. Inviting your donors on a trip across the world is quite flattering.[caption id="attachment_2912" align="aligncenter" width="800"]

Actual email from Justin about recent article on their organization in The Oregonian.[/caption]

They Used Every Medium To Connect To Us

We routinely hear from them in nearly every form of media. I have received cards and letters in the mail, phone calls, social media mentions and the occasional text message. They have done a good job not only connecting with us, but connecting with us on nearly every medium available to them. They once mentioned our company on Facebook along with executives at Nike. Not bad![caption id="attachment_2913" align="aligncenter" width="800"]

They Invited Us To Africa

Every year since we became a donor, Justin has invited to join him in Africa to meet the students and witness the work that is being done first hand. He even mentions it in the video above. It’s not every day we get invited to go to another continent to visit the workings of our contribution. Even if we never go, the fact that we are welcomed and included to journey to see the work first hand is quite incredible.We were so impacted by how These Numbers made us feel connected to their cause and to their students, we made a poster for our office with one of the students we have been supporting.[caption id="attachment_2914" align="aligncenter" width="800"]

Poster in our office showing one of the students our company has supported at These Numbers.[/caption]We encourage every non profit organization to take note of some of these outstanding ways These Numbers went above and beyond to make the donor experience memorable and fulfilling.